I began rowing at the University of Massachusetts at Lowell. I immediately fell in love with it, as it felt like it was part of my DNA. During my time there, I was able to row under some phenomenal coaches who were trained by rowers from all over the world. It made me stronger physically and mentally more than I ever thought possible. I knew someday, I would want to, in turn; teach others the tools that made me personally successful.

After graduating, I then spent the next 10 years of continued involvement, with the UML Rowing programing, by working at and then running the Textile River Regatta. It was at that time I was able to participate in a committee that was trying to receive an endowment to revive the slowly receding rowing program that was lacking enough funds to run properly. In the end, UML and the committee was able to work with the State of Massachusetts to acquire and repair the Belgrade Boat house with a $1 million dollar grant.

I continued to stay active in rowing after the Regattas. I was a member and coached at the Cape Coral Rowing club in Florida.

I can happily say it has quickly become a family affair. I met my wife while rowing for UML. I rowed Port and she rowed Starboard. It was a match made in heaven! Our oldest son recently decided to take up rowing and I was lucky enough to be invited to coach at the Concord Crew Progam. It looks like the family will continue the rowing tradition!

Brian started rowing at the University of New Hampshire in the novice and varsity heavyweight 8s.  While at UNH, he won gold medals at the New England Championship Regatta and the Eastern Collegiate Athletic Conference, earning invitations to the IRA regatta. He coached for Concord for a few years, highlighted by some Fish Heads, gold medals, and many top 3 finishes for his crews. 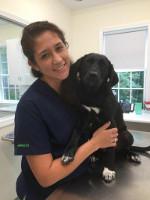 Mary started rowing fall 2008 in her sophomore year of high school on the Charles with the Cambridge Rindge and Latin Crew Team in Cambridge, MA. Her senior year she was recruited and spent her four years rowing at the University of Rhode Island where she was part of the 2012 and 2013 team that won the A10 Championships. As well as competing in the summer months with the Riverside Boat Club in Cambridge. After graduating in 2015 with a bachelors in animal science, she spent another year with the women's team as a volunteer coach while working at a local animal rescue. Mary moved to New Hampshire in 2016 where she got a job as a veterinary technician at a local animal hospital. She now lives in Weare with her fiance and their rescue dog Rudder.

I walked onto the Boston University Women’s Rowing team in 2014. I sat 4 seat in the boat that won the Patriot League championship 1V race in 2017. During summer 2017 I rowed for Vesper Boat Club in Philadelphia and was part of the team that won club nationals. I was captain of the BU team my senior year. I moved back to NH in fall 2018 for law school at UNH. 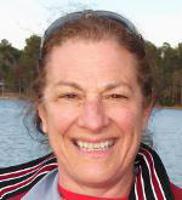 I have been with Concord Crew since 2006 when my daughter, Justine began rowing. I served on the board until my term was over but continued being involved at the boathouse. I have accompanied the team as Crew Mom four times to Camp Bob and last fall began as "Character Coach" to instill and reinforce good sportsmanship and character in this wonderful group of rowers!!

Naomi started rowing at the University of Michigan as a founding member of the program many moons ago.  Following college Naomi joined the Boston Rowing Club and trained in Boston for the next six years, winning US Nationals in both a 2X and in various sweep events.  She has won the Head of the Charles in the lightweight 1X, the lightweight 4 and 8. Naomi was a member of the US National Team as a lightweight in both sweep and sculling.   As a master rower Naomi tries to get out on the water as much as possible at the Amoskeag Rowing Club in Hooksett where she serves on its Board of Directors and she continues to race at the Head of the Charles in an 8 filled with a bunch of fun loving hard pulling women affiliated with Cambridge Boat Club.  Naomi has coached at the Mile High Rowing Club in Denver, Colorado and at Brewster Academy in Wolfborough, NH. She is looking forward to the season and to working with everyone at Concord Crew!

Kate began rowing at the Derryfield School with Coach Jay in 1999.  She rowed on the US Junior National Team for two summers in high school.  Kate was a four year varsity rower at Dartmouth College, Class of 2007. In 2006, Kate won a world championship with the US Under-23 National Team in the women's eight.  Kate returned to Dartmouth as a coach in 2008, and worked as a women's assistant for two years. She coached at Berkshire School in Sheffield, MA, before returning home to NH and joining the Concord Crew staff for the 2015-2016 season.

I began to row in 2002 while at McGill University, and it was love at first "pull".  Our home base was in Montreal's Olympic Basin (built for the '76 Games) on Île Sainte-Hélène.  I was stroke in our varsity heavyweight 8, and we competed across Canada and in the eastern US.  I was given our crew's MVP award in 2003. In the summers (between McGill's seasons), I stayed in Montreal and competed with the Montreal Rowing Club.

While studying abroad in Scotland, I had the opportunity to train with the University of Edinburgh's rowing team.  I also had the pleasure of training in Spain, on the Estany de Banyoles (Olympic Lake). Back in Montreal, I coached "learn to row" groups and high school programs.  When the Grand Prix came to town, just on the other side of the Olympic basin, we taught the pit crews the way of the rowing shell. They did not let us drive their cars...

After university, I rowed for the Great Bay Rowing Club in Durham, NH.  Since then, life, travel and motherhood have taken center stage, although, you can take the rower out of the boat, but never the boat out of the rower (At one point I even found myself in a very primitive single on the Ganges River in India.)

I believe this sport can transform and empower young lives.  The lessons learned both on and off the water stay with you for a lifetime - wherever you go.  I'm excited to be back on the water, and thrilled to be a part of Concord Crew!